How can Blockchain protect Personal Data? 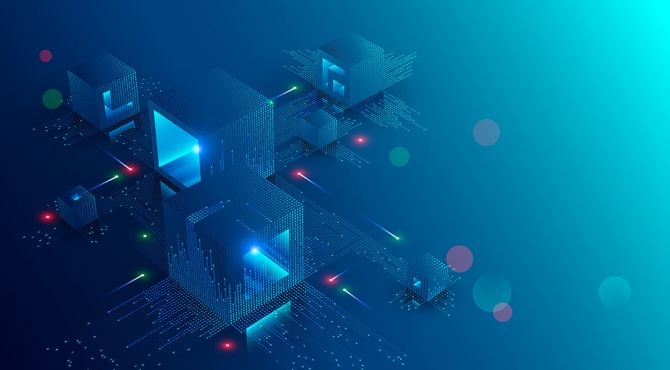 A blockchain is a collection of blocks that stores data in hash functions with accurate timestamps so that the data can't be altered or tampered with. As nobody can overwrite data in blockchain technology, data manipulation is extremely impractical for cybercriminals trying to access this private information. In blockchain technology, there is no central authority on who the cyber miscreants generally target. The core of blockchain is decentralization. Though blockchain emerged as the technical backbone of bitcoins, many critics believe that we could strengthen security across every industry by utilizing blockchain. It could be used in the health tech industry to securely store the private medical reports of the people, their real state acquisitions and prevent any mega hacks. Also, the other industries like Energy, Real Estate, Logistics, Healthcare, Finance, and Government could be facilitated by Blockchain technology.

The key to blockchain security is that any changes made into the blockchain database are instantly delivered to all users to keep a uniform and protected record. When everyone has the same database with updated changes, the total database remains safe even when a few users are hacked. This tamper-proof, decentralized element has procured blockchain more popularity.

Data breaching has been a major concern for people. The cyber miscreants have constantly been attacking the major databases and uploading them on the dark web for auctions or other advertisement agencies. In 2018, Facebook saw errors in their internal software that led to the breaching of personal data of 29 million users, including their CEO, Mark Zuckerberg.

How can blockchain technology help protect your data in various sectors? 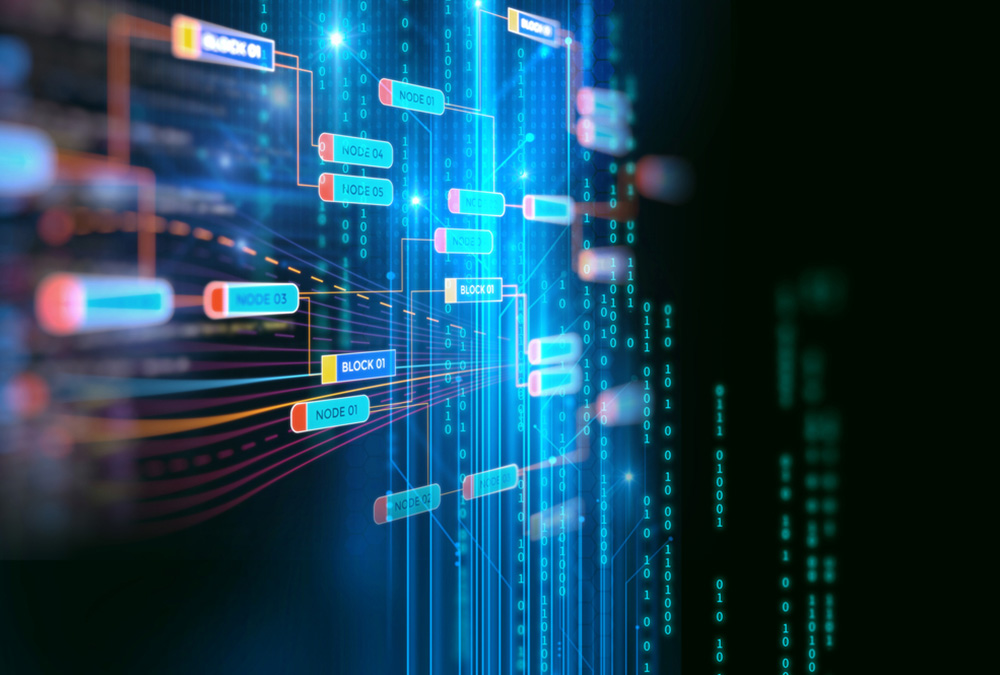 Blockchain can facilitate the banking sector and help it be more secure.

Banking institutions don't have the caliber to carry on with financial transactions without identity affirmation. The confirmation procedure may be time-consuming, and for every new supplier, the process gets repeated.

As a result of blockchain technology, individuals will have to list their identity verification documents only once on the blockchain. After this process, they will not have to do repeated identity verification. The blockchain is a decentralized system, and only the verified systems would be allowed to match and confirm a person's identity. This secure system would boost up the speed of financial transactions meanwhile keeping the data safe.

The deployment of blockchain technology would help in authenticating the devices and would simplify docility, and streamline the traditional double-entry bookkeeping systems.

In Finance Sector, blockchain can add layers of security 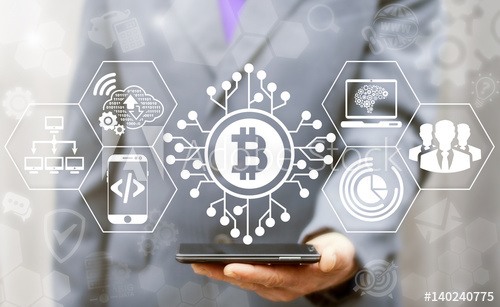 Finance industries have begun to install blockchain technologies in their daily operations to protect their users' data and provide them with a faster and more efficient system. Data integrity, authenticity, and proper asset derivation are the key functions that blockchain adds to the financial tradings to make it more secure than the existing system.

Automation in many financial processes and data verification due to the streamlined process allows users to experience an error-free environment. Also, there is no centralized system that eases the process and enhances security due to no intermediates.

Also, many key aspects in trading could be automatically verified and automated, like privacy checks, identity attestation, and governance policies, etc. Not only is the data protected, but there is a decrease in the costs as well, as blockchain could solely build the transactional infrastructure meanwhile reducing the cost by eliminating any emissaries.

The Healthcare industry can sense countless benefits with the help of blockchain. It could make them more efficient and protect the patients' data. Hospitals and other healthcare institutions store many patients' data and are easy targets for cybercriminals. The highly confidential medical reports and the patients' contact information are targeted and sold for high prices on the dark web.

The decentralized ledger could solve this inefficiency of the healthcare system by storing the patients' data in a unified patient profile. It would also solve the problem of carrying paper reports by securing everything digitally. The secure system would give authority to the patients to allow or disallow whom to share the data with.

Along with this, the decentralized blockchain system could help track the movement of drugs in the supply chain, making it difficult for black marketing or other inefficiencies in the system. The healthcare systems could also easily track and store the electronic records of medical data securely.

The blockchain is a network of blocks that stores data and other records of previous transactions. The blockchain is decentralized, and the ledgers are distributed across a peer-to-peer network. Any changes made to one system have to be approved and validated throughout the network of nodes. It assures that even if some computers are hacked, there won't be much problem. This innovative system helps to keep a large amount of data secure from traditional hackers.

In a blockchain, each block is connected to the other one in the form of a chain, and thus any illicit modification in one of the blocks removes it from the chain. There is also a possibility to store the cryptographic signature of a document or file on a blockchain. It ensures the users that their data is untampered and secured. The users can cross-check the signature with other nodes in the network anytime to make sure that the version of the document had been constant.

Data is one of the most important assets for companies in the world. The MNCs have been data-centric to provide better personalized solutions to their people. The clouds or servers to store a huge amount of data are at risk with the increased interventions by cybercriminals. The blockchain could come and secure this most important asset in the world, that is, data. 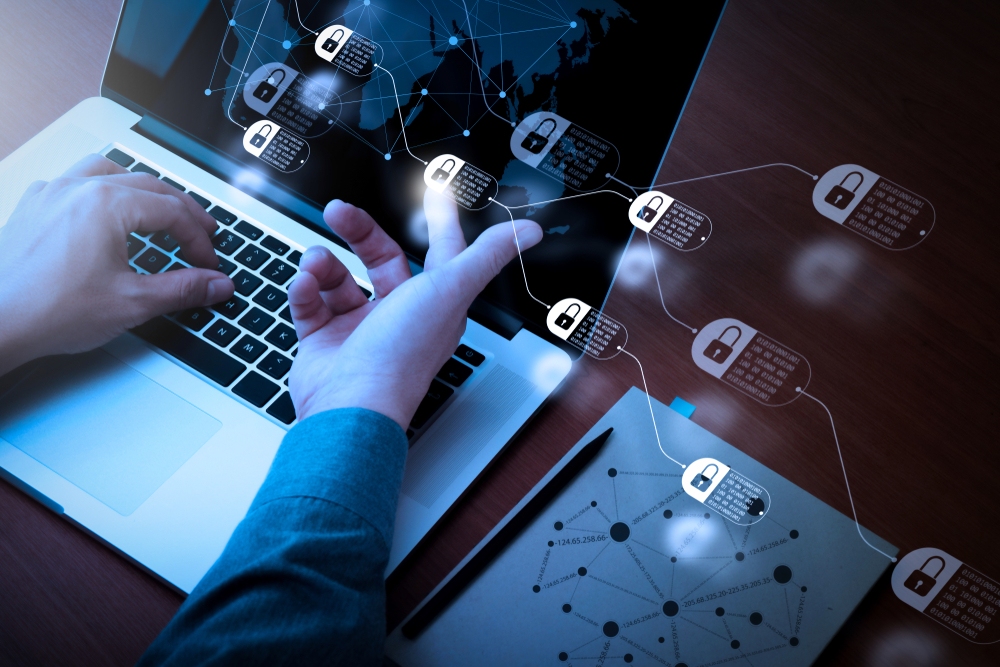 The data stored on peer-to-peer networks eliminates the risk of giving access to third parties who could manipulate, sell or risk the data by their inefficient systems. The big corporations have been data-centric, and if by any means their system gets hacked, then the entire data is at risk of getting breached.

Also, the Zero-knowledge proof is a group decision-making process that authorizes to another party where particular information is correct or not. In this process, no actual information is shared that restricts data sharing but enhances authentication and speed.

The Public Key Cryptography uses a combination of the public and private key to perform tasks within the blockchain system. The public keys are distributed globally, while the private keys are kept secret for their respective owners. The private keys are used to create crypto(digital) signatures, and people with the corresponding public key could confirm if it is legit or not. To keep things safer, a message could be encrypted with the help of a public key, and the person with the private key could only decrypt and read the message. It enhances the level of security in blockchain.

Thus, anyone with private keys can create their specific digital signatures, and people with public keys could check that no illicit changes happen to them. Public and private keys both work hand in hand. Thus, it becomes crucial for anyone to understand that they shouldn't be publicizing their private keys. Anyone who gets access to the private key can make changes to their digital signatures and take care of the transactions.

Tranining in critical for any investor. If you plan to start with a  banking audit training  it's good way to go. Then evolve to more advanced training, and only after a few attempts put your own money.

Blockchain technology seems to be a promising technology to prevent data breaches and secure databases. Also, the transparency in data adds an unprecedented layer of accountability. Decentralization of the system removes the middleman and makes the entire system more efficient, and enhances property management processes.

Each transaction in the blockchain is encrypted and linked to the previous chain, and it is impossible to change the data stored in a block. There is improved traceability to help advance security and prevent fraud in exchange-related businesses.

If you are a small business, you could also look into Local SEO.

Feel free to contact us to see an unprecedented growth of your business.